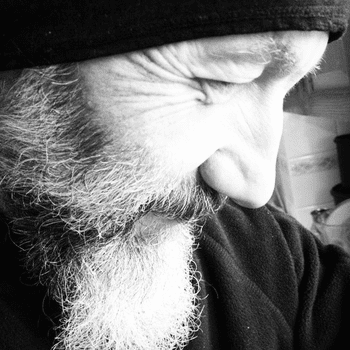 Do you have questions for mac?

Log in to ask mac questions publicly or anonymously.

When we cling to the fleeting

enticements of this world —

that so often attract, distract and ensnare us —

we really cling to

So what to do?

Why not try this?

When the shit hits the fan,

when your expectations are crushed,

when you feel like everything is being stripped away —

that you are losing everything —

and remind your self

of this universal truth —

you are not being judged —

you are not being punished.

Life is offering you a wondrous gift —

the gift of freedom —

freedom from the misperceptions,

that have become the bars

that line the prison of your mind —

a personal ‘hell' of your own invention.

So welcome, hold and embrace the experience

with deep gratitude, reverence and wonder.

Knowing that what you may currently perceive as pain, agony and suffering

is actually a purification —

a rite of passage —

a gateway to emancipation —

freedom from the chains that bind and limit you —

emancipation from the fears, aversions, cravings and desires that have, for so long, bound, imprisoned and held you

— an adaptation of a teaching of 4th century monk and Desert Father, Abba Euprepios of Wadi El Natrun ‎(i.e. 'the valley of Natron’)

I growl at the dog

his own sweet time.

He cocks his head —

and looks at me —

Liked by Candace Lamoree and 1 other

Today, I would like to tell you a little story…

One day Zhuāngzǐ 庄子 (Master Zhuang) and Huìzi 惠子 (Master Hui) were out together on their customary quotidian perambulation, when their course happened to cross the bridge over the River Hao.

Enticed with such a breathtaking view, they stopped on the bridge to enjoy a few minutes of silent contemplation.

After a while, Zhuāng noted,

"Look at the fish.

See how free they are.

They frisk and frolic —

as if playing hide and seek.

Indeed is this not their happiness?"

since you are not a fish,

how do you know

And since you are not me,

how can you possibly know

that I do not know

Huì, up for a little friendly mental sparring, responded,

can not know what you know,

well then it certainly follows that you —

not being a fish —

can not possibly know what a fish knows."

But let us return to the original question.

What you asked me was,

'How do you know

They both looked at each other for a moment —

burst into a fit of laughter.

After they had recovered,

Zhuāng put his hand on his friend’s shoulder, and said,

"That was indeed invigorating, was it not?

Now, let us put all wordplay aside for a moment,

How do I truly know what makes fish happy?

I know the joy of fish in the river

as I know the wonder

even as we walk

— a literary adaptation of a parable from the Zhuāngzǐ 莊子, a collection of stories, parables and wisdom sayings attributed to 4th century BCE philosopher and teacher, Zhuāngzǐ (Master Zhuang) 莊子

Today I would like to tell you a little story…

Once there was an old frog that lived in a well.

an adventurous young sea turtle was passing by the well,

on his way back to the ocean

after going on a little walkabout

when he heard the frog

from the bottom of the well.

The turtle peered down into the well,

And just who the hell are you?",

I heard you singing and thought I would say ‘hello.’"

being an affable type,

paying no attention to the frog’s lack of courtesy,

and continued on as if a welcome guest,

"My friend, I am on my way back to the sea, which is but a short distance away.

Have you ever seen the sea?

I would be happy to show you around a little"

"What in the world are you on about?

Are you some sort of conspiracy theorist or something?

Everyone knows the sea is nothing but a fable.

There is no such thing.

"How can you describe the majesty of the sea

to a frog who lives in a well —

for he is bound by the space in which he lives.

How can you describe ice

to an insect who lives only for the summer —

for he is bound to the experience of but a single season.

to someone who thinks he has it all figured out —

for he is bound —

by his own limiting beliefs.

The Way of All Things

You can only begin to fathom

the Nature of the Way —

the Way of Nature —

when you are ready

of what you imagine as…

Rain On The Window

Dragging My Tail In The Mud

Today I would like to tell you a little story…

Zhuāngzǐ 庄子 (Master Zhuang) picked up his bamboo fishing pole and hiked down to the Pu River to do a little fishing.

Little did he know that The Prince of Chu had sent emissaries from the royal court to present Zhuāngzǐ with an official commission.

Thus it was that, soon after the sun had risen, the royal entourage arrived in all of its pomp and circumstance.

After the official fanfare subsided, two emissaries emerged from a palanquin, and strode to where Zhuangzi was leisurely reclining —

chewing on a piece of fleeceflower root —

his back against an old pine tree —

“Are you Zhuangzi?”, one of the diplomats enquired.

Without even so much as a nod of the head, Zhuang plainly stated,

The ambassador glanced over at his cohort, cleared his throat loudly, and replied dryly,

“Well, as such, in the name of his royal highness, The Prince of Chu, you are hereby appointed Prime Minister, and must now accompany us back to the royal court, where you will swear an oath of fealty and take up your official duties.”

gazing lazily at the river —

remained silent for some time before finally speaking in a calm, relaxed and perhaps somewhat amused manner,

"I hear that the prince venerates a sacred tortoise —

sacrificed and canonized over three thousand years ago —

wrapped in the finest silk —

kept in a gilded shrine

on an altar in the temple.

uncertain where this was going.

“Mhm…so what do you think,”

"Is it better to offer up the body, and leave it behind as nothing more than empty shell —

an object of cult worship

shrouded in a cloud of incense —

or is it better to remain in the body

and live out your life as a simple tortoise —

without a care in the world —

dragging your tail in the mud?

Caught off guard, the emissary did not know quite how to respond,

so he simply stammered,

it is better to remain in the body

and live out life as it is —

dragging its tail in the mud."

and leave me here in peace —

without a care in the world —

— a literary adaptation of a parable from the Zhuāngzǐ 莊子, a collection of stories, parables and wisdom sayings attributed to 4th century BCE philosopher and teacher, Zhuāngzǐ (Master Zhuang) 莊子

Liked by Carolyn Duck and 1 other

Liked by carol ann swanson and 1 other